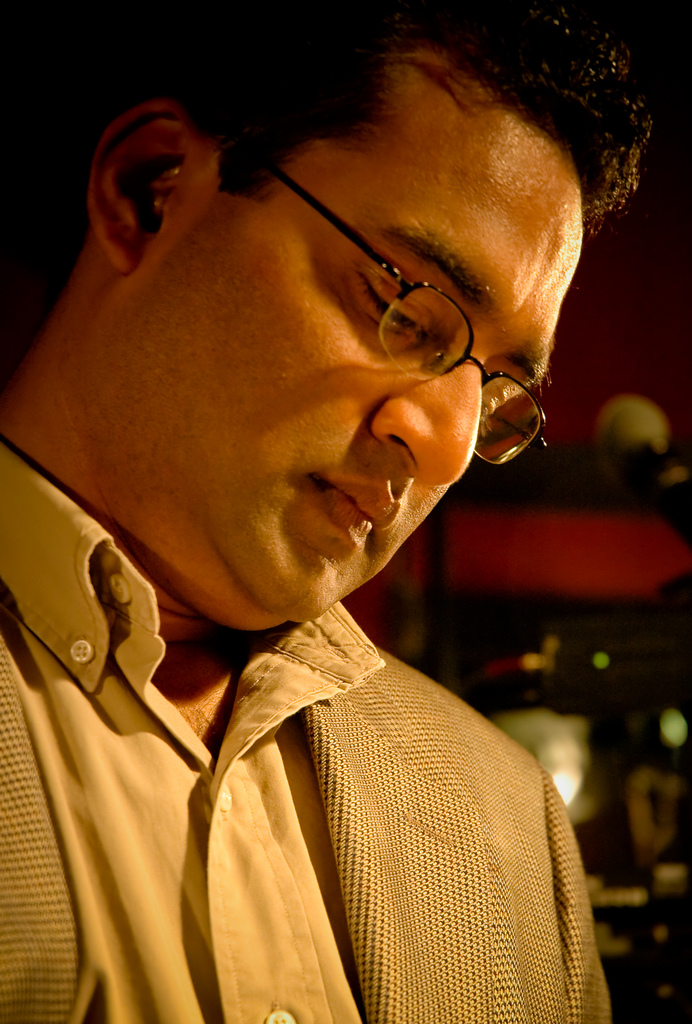 I am a high-tech Marketeer by profession. In parallel, the acting bug has been with me since 5th grade and hasn't left me - probably is stronger now. I wonder what could have been if I even KNEW about the existence of NSD (National School of Drama) in New Delhi in those days. Graduate school brought me to USA and career brought me to Silicon Valley. I have been very active as an actor here in San Francisco Bay Area - 20+ plays, 5 movies, several Industrials, voice-overs, web & video trainings, radio- and live shows hosting, stand-up comedy shows.....all while rising through a day job. I have an awesome balance of professional-, family- and acting-life. Touch wood.

Acting-wise, theatre has been my mainstay for last 14+ years. I have been an integral part of NAATAK, an Indian theatre group based in San Francisco/Bay Area and have acted in 13 of its plays and directed 2. I have also been active with other Bay Area theatre groups such as The Shotgun Players, Asian American Theatre Company, Ashore and Arth. One event which still gives me chills is winning 5 awards in various categories at an All-India Collegiate Meet in REC Warangal in 1989, capped with the "Best Actor Award" of week-long competitions.

Popularity-wise, YouTube (another of Al Gore's invention), has brought me recognition. I am the creator of "Rajiv Nema Indori" video series on YouTube. There I present a totally random comic look on people from Indore, Madhya Pradesh, India (my birth place). To the day of this writing, 28th May 2010, I have 40 videos adding to 3+ hour of content with 410,000+ views.

Glamour-wise, my Bollywood debut happened opposite Saif Ali Khan in Love Aaj Kal - speaking role - it was an awesome experience with Imtiaz 'down to earth' Ali as the director and Kareena Kapoor's glamour on the set. And then I worked within 6.3 feet of Shahrukh Khan as a lowly extra in My Name is Khan. I would love to act with likes of Al Pacino, Robin Williams, Jason Alexander, Anupam Kher, Paresh Rawal, Boman Irani, Naseeruddin Shah, Vinay Pathak type of actors some day. Knock on wood.